Become a Corporate Sponsor for the 8 Creative Fundraising Ideas for Your Football Team!

For a minimum donation of $ your business’s name and logo will be featured on all the 8 Creative Fundraising Ideas for Your Football Team webpages. The pages get an average of 4,550 views within 3 weeks. Your sponsorship is a tax-deductible donation toward the program that helps pay for fees, travel costs, equipment, uniforms and much more. Thank you for the support!

Back to the Blog 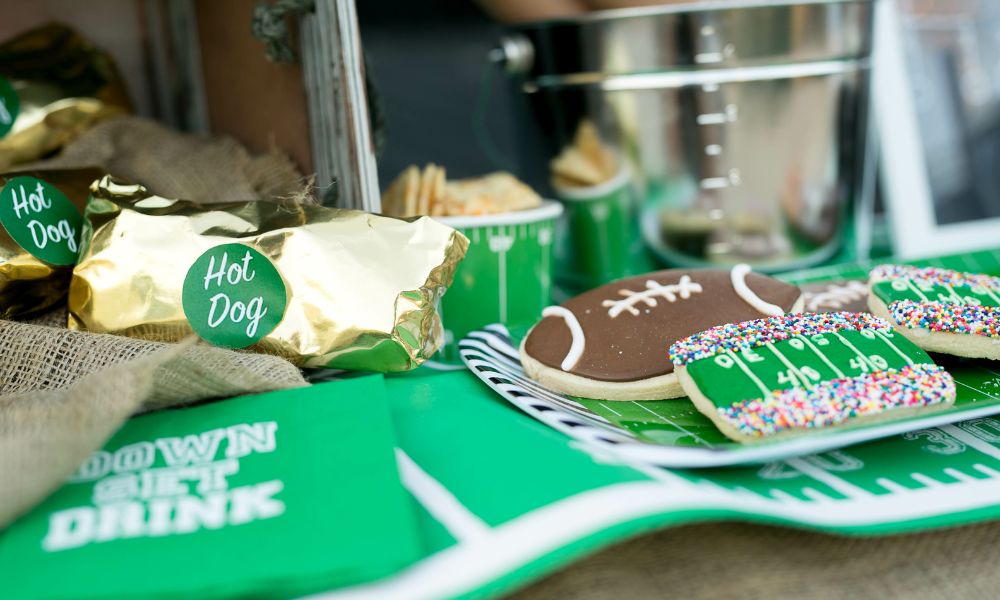 For most schools, the football team is the biggest and most popular sports program they have. That means that a large portion of the sports budget tends to go to them. However, this isn’t always the case. Sometimes, districts try to treat all sports equally. And at other times, a football team might not pull in the revenue needed to fully support it.

Either way, there are plenty of reasons why a football team might need to consider fundraising as a way to pay for all of the expenses it incurs throughout the year. If your school’s team is low on funds, then we have some solutions that might be right for you. Take the time to read through our creative fundraising ideas that your football team can use to raise money for its program.

Even though the games themselves are usually the best part of going to a football game, many people prefer the tailgating that happens beforehand. In some cases, people even tailgate throughout the entire event, meaning they never pay for tickets or food inside the stadium.

Even though part of the fun of tailgating comes from cooking your own burgers and brats, sometimes, it’s nice not to have to worry about providing food for everyone you tailgate with. That’s why your team should cater to the tailgaters at your games with some food. This could be outdoor food stands you set up through your in-stadium concession provider. Or you could even hire some food trucks to park outside every game.

Regardless of your chosen method, ensure you set up a program for your team to receive a portion of the profits. Most people won’t mind paying a little extra for catered food if they know that money goes back to the team.

If your team is really good, you could try selling exclusive seats and parking spots. When you have a dedicated fanbase, they won’t mind paying extra to sit as close to the action as possible. Even if you have fans who don’t attend every game, the incentive to pay more to park closer is always a great motivator and money maker. In most cases, the money you make through these methods comes directly back to your team.

If you want to take this level of dedication a step further, you could even look into selling season passes for your games. This tactic is a bit tricky, though, since the season pass prices need to be cheaper than the cost of buying all of those tickets individually to make it worthwhile for fans.

However, they still could result in a net win for your team since many people who buy season passes wouldn’t typically go to every game otherwise. Getting them to come more often can increase concession sales and build tons of team support.

Of course, what good is that team support if your fans have no way of showing it? That’s why your football team needs to consider making custom merchandise to sell at games. From shirts and hats to flags and posters, you can sell all kinds of items with your team’s name and logo on them to turn a profit. Just make sure you start small with this tactic. Team-branded gear doesn’t always sell well at the high school level, but if you’re good enough, it certainly will.

Even though most of our creative fundraising ideas for your football team have focused on selling to your fans, that’s not the only way you can make money. Another avenue you can try out is finding local companies to sponsor your team. It doesn’t matter how big your football team is. Small businesses love advertising themselves in front of crowds.

You can do these sponsorships by selling space on the scoreboard or across the fence for them to display their name. You can also sponsor your halftime show or each touchdown your team scores. While you don’t want to go overboard with these sponsorships, they’re a great way for your team to raise additional funds.

If you like the idea of working with local companies but want to take a more traditional route to fundraising, you should look into creating a coupon card for your players to sell. By making deals with 10 to 20 local businesses, you can put a bunch of coupons onto a card that family, friends, and even dedicated fans can use to get discounts. These coupons usually last for a year, so by the time they run out, your team will have new ones ready to go the next year, making them even easier for your players to sell.

Another more traditional option you could do is host fun events outside of your weekly games. One of the more popular options is a fun run. Your players will go to family and friends to ask them to sponsor them in the upcoming run. They’ll agree to donate money for every mile their player runs during the event. That means if your team is in peak physical condition, they could earn a ton of money.

Another option you could try out is a fundraising barbeque or picnic. The event type doesn’t really matter as long as you offer your guests food and charge them at the door to get in. You could also hold raffles or silent auctions at these events to make even more money for your team.

If you want to do something that’s a bit more on-brand for a football team, you could hold a powderpuff game. This is just like any other football game, except there’s a role reversal. The girls are on the field playing, and the guys are on the sidelines, cheering them on. These events are always a blast for everyone involved, and you’ll be able to sell tickets and food like you would for a normal home game.

While all the options so far have been great ways to raise funds for your team, they all require lots of planning on your part. Plus, many of them will take time out of your players’ busy schedules as they sell products or participate in events. That’s why our final football fundraiser idea is online crowdfunding.

This method of raising money for your team will take a little bit of planning, but it won’t be nearly as time-consuming as other methods. Plus, it’ll take your team almost no time at all to participate. All they have to do is send out some emails, text messages, and a few social media posts, and your team will start raising funds in no time.

The key to this method’s success is that most people love supporting their local teams. While events and products can help inspire some, giving quick and easy access to a way to support these teams directly pulls massive results for teams. It’s definitely something you should check out, at the very least.