Please upload a photo of yourself

Adding a photo of yourself personalizes your
fundraiser page and helps you raise more.

For a minimum donation of $500 your business’s name and logo will be featured on all the Kansas State Mens Lacrosse 2023 Drive webpages. The pages get an average of 4,550 views within 3 weeks. Your sponsorship is a tax-deductible donation toward the program that helps pay for fees, travel costs, equipment, uniforms and much more. Thank you for the support!

Thank you to our supporters!

Kansas State Men's Club lacrosse has been around since 1988 and has been prospering ever since. However, fundraising is a vital asset to the success and growth of K-State Lacrosse. We are always looking forward to continuously elevating and revitalizing our program for our players! All the proceeds accumulated from our fundraiser will go towards helping player dues, support for travel fees, ref fees, field reservation fees, training equipment, team gear, and K-State lacrosse equipment for the players. Each participant has a monetary goal, so please consider donating or sharing via email, text, and social media so others may reach it. All donations will be 100% Tax deductible.

Story of our organization:

To start, the history of our organization commenced back in 1986 with Donaldson “Donnie” Preston Tillar III, a former Head Lacrosse Coach for the organization and military veteran. Prior to his role as head coach, Donnie played lacrosse back then at Army West Point where he was a two-time first-team lacrosse All-American choice as a defenseman, part of two national championships in 1978 and 1979, and was placed in the Army West Point Hall of Fame. After his time at West Point, First Lieutenant Donnie Tillar started spreading the game of lacrosse at K-State while stationed at Fort Riley. In his role as Head coach, he wanted to expand his love for the game while building a strong growing organization where men could create brotherhood-like relationships, learn to play the game, and become leaders on and off the field. However, Donnie was later deployed during Operation Desert Storm where he was killed in action in 1991 while serving in the US Army as a Black Hawk Helicopter Pilot.

Following this event, the K-State Lacrosse organization has made it our mission ever since then to keep pushing forward in growing this sport in honor of Donnie Tillar. Hence why we must carry the torch forward and keep expanding the purpose that Donnie Tillar had when he first established this organization. Now after following a difficult nearly 2-year shutdown due to COVID-19, our organization has spent the last 18-20 months revitalizing, strengthening, and fortifying the Club. Which is an understatement since we’ve grown our following by 70%, incorporated a stable coaching and leadership staff, increased our player numbers from 7 to 30 from last fall, and held our first annual Donnie Tillar tournament. Which was accompanied by 3 other college lacrosse organizations that had over 125+ lacrosse players and 500+ occupants In attendance. However, since we are an Independent Student Organization (ISO) which entails that we are a self-funded organization and don't receive any direct funding from the school. We pay out of pocket for organization fees, lodging, travel expenditures, team equipment, ref fees, etc.

So, we're reaching out to you in hopes that you could help us with funds to keep our organization growing and prospering. We’ve got a roster of 30 men that are hungry and eager to begin our spring season in the MCLA competing against big-name D1 Colleges. With that, we are also wanting to jump-start a youth summer camp at Memorial Field Stadium on campus to help provide and nourish the youth with a relationship to the sport of lacrosse for the future. We are not just here to carry the torch forward; we are here to enlarge the flame that Donnie Tillar once started. “No Task Too Great” - Donaldson P Tillar III. 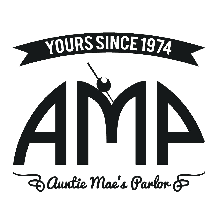 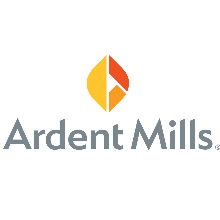 Do you want to delete participant: ?